30 years of failed campaigns against FGM

Despite years of heavy investment, female genital mutilation still has major support in countries such as Somalia and Ethiopia. Well intentioned campaigns initiated by international organisations are being met with skepticism. "Changes must come from within," say researchers.
frilanser@kilden.forskningsradet.no
24 March 2014 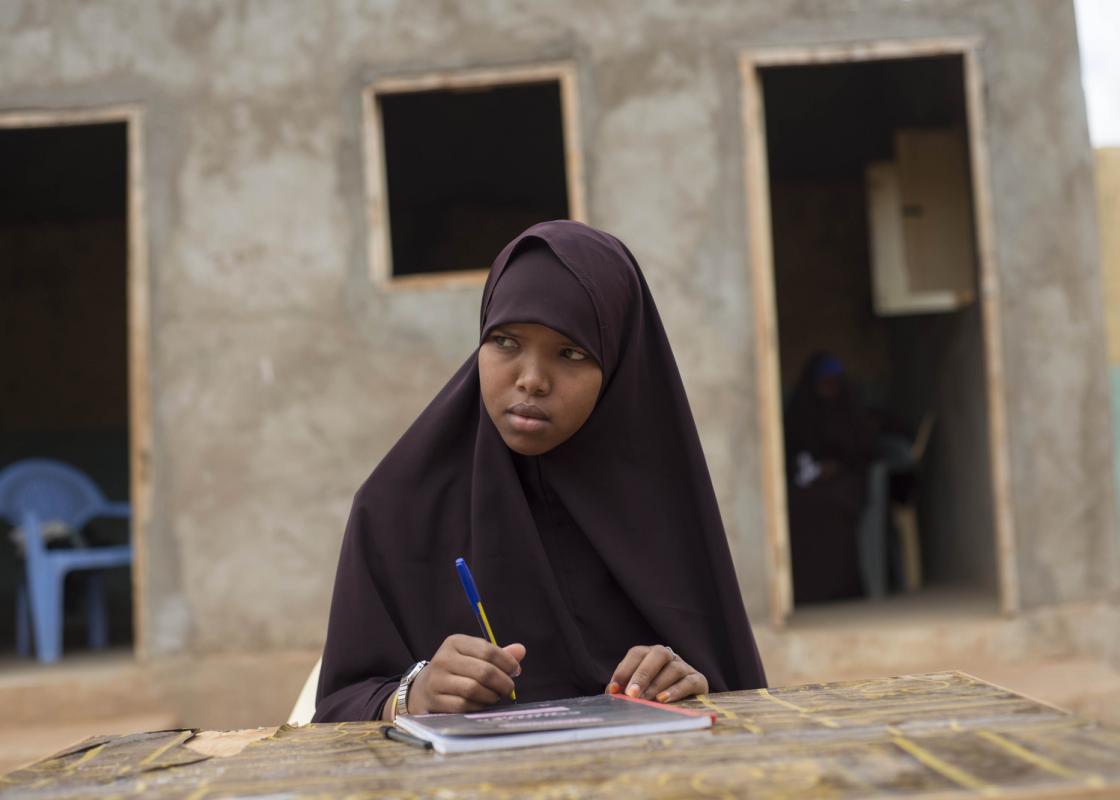 There is scepticism towards international organisations coming from abroad in order to work against female genital mutilation in Somalia. "It is important to find a locally accommodated strategy that people can accept," says researcher Abdi Ali Gele. (Illustration: Trocaire/Flickr)
More about
Female genital mutilation

“People have tried to fight this custom in Somalia for more than 30 years. We have to realise that it has been a failure”, says Abdi Ali Gele at Norwegian Center for Minority Health Research (NAKMI) in Oslo.

Similar studies have not been carried out since the 1980s and 90s. Then, 90 per cent of Somali women said they wanted the custom to continue.

“In Somalia people are sceptic towards the programs which are working for a zero tolerance policy towards FGM. These programs are administered by organisations which come from outside. The message is forced upon them. People interpret it as if the organisations want to alter their values and their religion,” says Gele, who came to Norway from Somalia in 2003.

Female genital mutilation, also known as female genital cutting and female circumcision, has been a custom in Somalia for centuries. 28 African countries share the tradition, but nowhere in the world is the custom more widespread than in Somalia.

The first campaigns against female genital mutilation in Somalia were initiated by the previous Somali regime in the beginning of the 1970s. These efforts collapsed, however, due to civil war and a new military regime in 1991. Since then the programs in Somalia have been administered by international forces and local women’s organisations.

“Strong traditions and political attitudes are at play here. Female genital cutting is a criminal act in Somalia, but the politicians are either silent when the subject is brought up or they are in favour of the custom. Everybody does it and everybody expects that you have your daughters cut.”

“It is a collective, cultural custom and the price for breaking it is high. Other families won’t let their son marry your daughter unless she is cut,” says Gele.

Have to involve men

In Somalia the campaigns against FGM have primarily been led by women. Gele concludes in his studies that future campaigns also need to be directed at men. Without the involvement of men, the chance for success is minimal.

“It is not an easy job for a female Somali activist to talk about the negative consequences of female genital cutting. And it is highly unusual for men and women to discuss the subject together.”

The study indicates that the campaigns against female genital mutilation only opposes the radical type of FGM called infibulation – Pharaonic circumsicion in Somali tradition – which involves the removal of both the clitoris and the labia majora. The majority has ceased practicing infibulation, which is regarded as a violation of women’s and girls’ rights.

“Many people are aware that female genital cutting ruins sexual pleasure and that many girls leave school due to health related issues as a result of circumcision. But religion is being used as an argument and a justification for practicing the Sunna form, it is like a religious duty,” Gele explains.

Somalis in Norway are opposed to circumcision

The interviews with Somalis living in Norway showed that the attitudes have changed. 70 per cent were in favour of completely abolishing the custom. The other 30 per cent who support the custom had lived in Norway for four years or less, which according to Gele may explain these responses.

“Somalis in Norway have to a large extent altered their attitudes, and this applies to both sexes. A large majority of girls, boys, women and men regard not being cut as a signal of high status. This change has taken place over a very short period of time. I would suggest that this illustrates that the right strategy may alter the attitudes towards circumcision in Somalia as well.”

In Norway Somalis encounter other Muslims who have never heard of the custom. The custom itself is prohibited and the prohibition has the full support of the Norwegian people and its politicians. Even religious leaders in the Norwegian-Somali society have declared their support for zero tolerance.

“The attitudes in Norway show that support from politicians, religious leaders and other prominent voices in society is decisive, and this is also what it would take in order to change the social norm in Somalia,”says Gele.

Ethiopia: Scepticism towards the authorities

In Ethiopia, religious leaders have become important in the work to abolish female genital mutilation. The custom is common among both Muslims and Christians in the country and, according to new figures from UNICEF, 75 per cent of all Ethiopian women are cut.

The work to mobilise religious leaders and institutions has had a substantial effect, according to reports from international organisations working in Ethiopia.

But in the article “Are religious leaders key in the efforts to eradicate female genital cutting?”, which is to appear in the Dutch journal Institute Culturele Antropologie this month, the researchers Marit Tolo Østebø and Terje Østebø show that the reality is more complex that indicated by the reports.

“First of all the reports presume that religious leaders have more power and influence than they actually do. The organisations working with the religious leaders often lack knowledge about internal tensions and positions within e.g. Islam. This provides a breeding ground for conflicts.”

“One needs to look at the political and historical context. Ethiopia has a strictly authoritarian regime, and it has a long tradition of being ruled from the top. This makes it difficult for people to express their opinions. But among major parts of the population there is a significant opposition and scepticism towards the central authorities,” says Marit Tolo Østebø.

Ethiopian authorities have also passed laws which restrict the leeway for civil organisations. Both international and local organisations have to play ball with the authorities in order to be able to operate in the country.

“Therefore, the local community thinks of them as part of the authorities.”

Religious leaders are often regarded as well respected by their local communities.

“But when religious leaders are being used by organisations that to a large extent collaborate with the authorities, they quickly lose their legitimacy. They are perceived as part of a machinery of power in which people at the grasroot have very little trust, Østebø explains.

The strategy which has been used in Ethiopia has been regarded as a success which profitably could be transferred to other countries. Norway also supports this work and according to The Norwegian Agency for Development Cooperation (Norad) 72 religious leaders in the Somali, Afar and Harari regions and 900 religious leaders from Addis Abeba and Amhara have agreed to completely oppose female genital mutilation.

UNICEF also notes in their report that 63 per cent of women and girls are in favour of an abolishment.

Østebø’s research also shows that in Ethiopia, like Somalia, there is a general scepticism towards campaigns led by the authorities and foreign organisations. Interviews with people from the grasroot showed a “feigned acceptance” for the campaigns both among people in general and among religious leaders in order to satisfy and meet external demands.

“This type of attitude is also closely connected to the political culture. In Ethiopia there is little room for expressing opposition or raising questions concerning the authorities and their “mission”. Expressing concerns or disagreement could easily have negative consequences such as being deprived of various social benefits. They also risk losing land and even imprisonment. ”

“Thus people pretend to agree. The fact that female genital cutting has been criminalised in Ethiopia contributes to this feigned agreement,” says Østebø.

This obvious top-down practice, in which the harsh regulation from the authorities provide little room for open debate, makes the work challenging and it becomes difficult to measure the actual results, the researchers claim.

“We have found no clear proof of the apparent success emphasised by organisations and the UN in their reports,” says Østebø.

See also: FGM-politics based on emotions, not facts

Gele believes that it might be easier to achieve successful results by involving religious leaders in Somalia.

“According to my studies it is obvious that the involvement of religious leaders is significant in order to achieve permanent changes. Furthermore, there is a need for political will and wide support from the local community,” he says.

For many ethnical groups circumcision is a traditional rite of passage symbolising girls’ transition from childhood to adult life. Gele points to Kenya and Sudan, where they in some districts have managed to introduce an alternative ritual where the girls are touched without being injured.

Gele concludes that a similar, locally accommodated strategy directed at the Somali population’s perception of the custom is essential in order to achieve change.

Norwegian Somalis can have an influence

The examples from Somalia and Ethiopia show that attitudes which have been in existence for centuries are not altered in a jiffy.

“Changes are taking place in Ethiopia, but the change is primarily that now the custom is being carried out secretly. Girls are being sent to another district or the entire circumcision is removed from traditional practitioners into a grey area within the medical system,” says Marit Tolo Østebø.

Despite discouraging figures, however, new measures show that there is hope, claims Abdi Ali Gele.

Moreover, Somalis in the diaspora have close contact with their homeland, which makes them potential ambassadors for change.

“When a new generation of uncut girls and boys return to their homeland they may have strong influence on people’s attitudes. The same applies to religious leaders in the diaspora if they chose to return and openly tell people about the religion’s standpoint regarding female genital cutting,” says Gele.

Abdi Ali Gele recently defended his PhD thesis Female Circumcision at Home and Away: Attitudes toward the practice among Somali immigrants in Oslo, Norway and their corresponding group in Hargeisa and Galka'ayo, Somalia, at Sosialforsk, a research centre organised under Department of Social Work, Child Welfare and Social Policy at Oslo and Akershus University College of Applied Sciences.

Marit Tolo Østebø recently defended her PhD thesis Translations of gender equality in international aid – perspectives from Norway and Ethiopia at Department of Global Public Health and Primary Care, University of Bergen. She currently holds a position at the Department of Anthropology at the Center for African Studies, University of Florida.

The Article "Are religious leaders key in the efforts to eradicate female genital cutting?" is written in collaboration with Terje Østebø, assistant professor at the University of Florida. 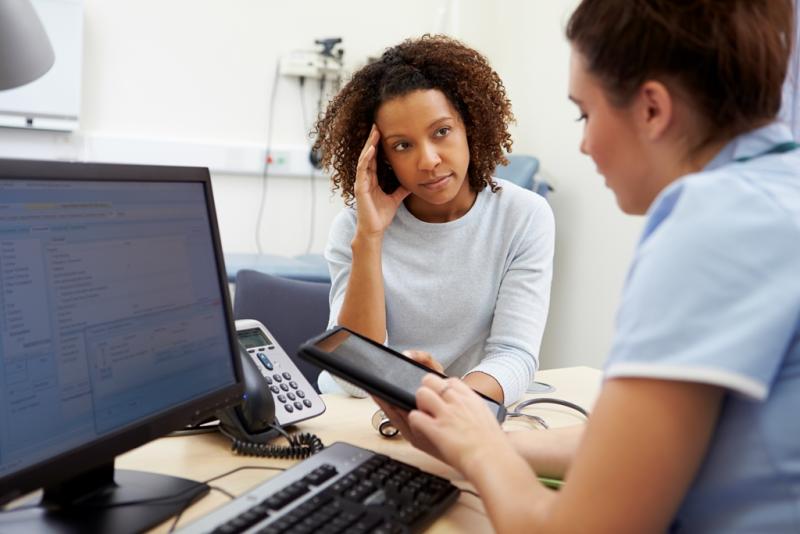 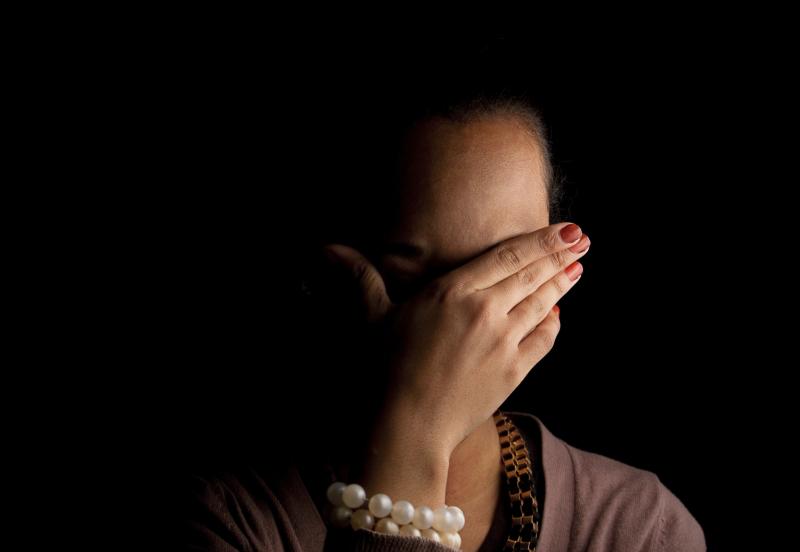 Taking back the body with new clitoris 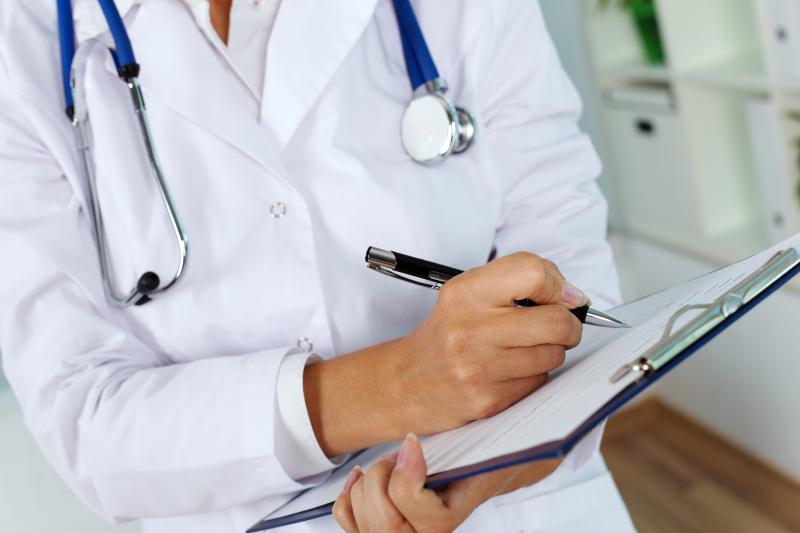 FGM-politics based on emotions, not facts