Research on energy is not gender neutral

"The meaning of gender perspectives in research is often reduced to just counting the number of men and women. This is a very shallow interpretation of the term. In order to create a better climate, we need to understand the people behind the energy habits," according to researcher.
Kjerstin Gjengedal
frilanser@kilden.forskningsradet.no
11 February 2020 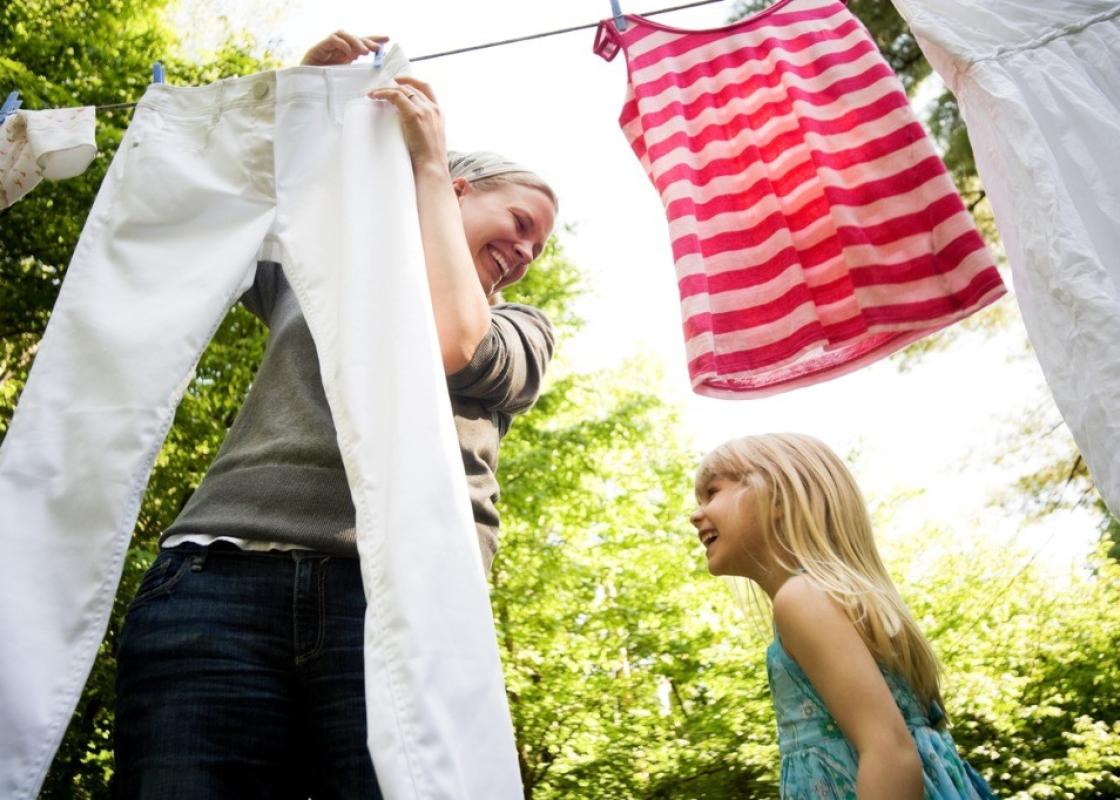 "Women often take more responsibility for changing energy habits in the home, for instance by scheduling the laundry to sunny days," says researcher at Cicero Karina Standal. She has interviewed families in various European countries about their energy habits. Illustration photo: iStockphoto
More about
Environment and climate change
More about
Intersectionality
More about
Gender perspectives in research

But what does this actually mean? Researchers at Norwegian University of Science and Technology (NTNU) have studied this in connection to an EU funded research project on energy.

"We were fully equal partners in the project and followed it from the inside. One part of our work package was to study gender perspectives within the project," says Roger A. Søraa, researcher at Department of Interdisciplinary Studies of Culture at NTNU.

The purpose of the project Shape Energy was to look at how research within the social sciences and the humanities might be better integrated in the EU’s energy policies.

"There has been relatively little focus on gender perspectives within energy research. Additionally, the gender distribution is very uneven – a big majority of the scientific articles published in the most important journals on energy research are written by men," says Søraa.

He and his colleagues studied the way in which the participants in the project proceeded in order to include gender perspectives and what focus this was given in the project in its entirety.

One important method used in Shape Energy was to invite interested parties from various sectors in society to so-called ‘storytelling workshops’. Here, they used their own experiences as a point of departure to discuss energy political challenges in their own everyday life.

One of the aims was that these workshops would consist of at least forty per cent of each sex. Moreover, they should include the largest possible diversity of relevant parties. Observers were present at the workshop to oversee the dynamics within the group.

The workshops took place in various European countries, and the extent to which they managed to achieve gender balance fluctuated. A lot of the times men were overrepresented, and the men were also often older than the women. Due to this combination, some of the men often dominated in the discussions.

But this was not the case everywhere. Both women and men took on roles that were affected by both age, professional background, personality and culture. And women were not always stifled even though they were in the minority.

The EU has gone far in their use of ‘gender mainstreaming’ as a strategy. This means that research groups should strive to obtain gender balance, and that gender perspectives are required as an integrated part of the research.

"We often see that ‘gender perspective’ is reduced to just counting men and women. It is of course easier to just aim at a certain balance in terms of percentages, but it gives a very shallow impression," says Søraa.

In the scientific article based on the research project, the researchers present some recommendations on how to go deeper than just counting the sexes.

Society is made up of a diversity of people. We cannot just count ourselves to a balanced representation, we need to include various backgrounds.

For instance, they recommend that research projects rather implement what they refer to as ‘inclusive engagement’:

"We want to encourage researchers to take into consideration the fact that society is made up of a diversity of people. We cannot just count ourselves to a balanced representation, we need to include various backgrounds."

It can be a challenge to invite people to these types of workshops, for instance. According to Søraa, the recruitment process in advance of the workshops was probably much more comprehensive than within many other research projects. But it is nevertheless difficult to obtain a balanced group in many of the countries.

"Some considerations often overshadow other, less prioritised matters, but if you are a little proactive it is possible to avoid the classical mistakes. One such mistake could be to focus too much on having an equal number of women and men in the project, and consequently forget that they are all white," says Søraa.

"Or you forget to take age into account, and suddenly you are talking about climate change with a group consisting of only elderly people."

The researchers identified a number of challenges that could potentially get in the way of inclusive research processes on the energy field, and they came up with concrete advice concerning how to avoid them. For instance, it is important to ensure that gender perspectives are not only considered to be important on a superior level.

You need to team up with those who carry out the activities locally, the ones who handle the practical challenges. In an international research project, you also have to pay attention to how words and terms may be gendered in various ways in the different languages. Intersectionality, which considers the ways in which various types of marginalisation can affect and intensify each other, was not examined in the Shape Energy project.

Søraa and his colleagues nevertheless think that similar projects will produce better research if gender perspectives come to be understood within an intersectional context. Without paying attention to this, one could easily exclude important perspectives. At the same time, their experiences with ‘storytelling workshops’ as a working method were good.

When planning city transport, it is immensely important that the inhabitants are given the chance to express their opinions.

"In the workshop that we organised in Trondheim, for instance, the delegates discussed how they imagined a good transport sector in Trondheim in the near future. Everything from politicians to grandparents and taxi drivers were present, and they brought forth their personal experiences," says Søraa.

"When planning city transport, it is immensely important that the inhabitants are given the chance to express their opinions. I think this is an important methodological point."

Although ‘inclusive engagement’ is well known within several disciplines, it is not used much within energy research yet, according to Søraa. That is something they are trying to remedy in this project.

"In this project, we tried to reach a larger part of society and make more people engaged in energy and climate related questions. And the way we think about these issues is also dependent on gender," he says.

"Think of the gendered understanding of motoring, for instance. Or housework and the types of energy practices related to housework. Such practices are still highly gendered, particularly in Southern Europe. We believe that we need to understand the people with these practices in order to understand how we may create a better climate."

Karina Standal, senior researcher at Cicero Center for International Climate Research, agrees that counting men and women in a research project does not provide a sufficiently good understanding of gender perspectives.

"It is great that someone finally does this work," she says.

She has done research on energy and gender since 2007. Recently, she was the leader of a case study in which they explored gender and renewable energy. The project was funded by the EU’s Horizon 2020 programme.

In this case study, she interviewed families from various European countries about their energy habits and what might prevent them from changing their habits in a more environmental friendly direction.

Together with colleagues, she has interviewed people who have had solar panels installed at home and are able to sell surplus energy back to the electric network – so-called plus clients.

This research illustrates well why a deeper understanding of the gender perspectives is necessary, according to her.

"When we look at how people decide to become plus clients, we see that it is primarily the men who take the initiative and do the research, check out legislation and technical specifications and get in touch with suppliers," she says.

"Then their assessments are approved by the women, and it ultimately becomes a decision they make together," she says.

Thus, as it turned out, men and women had very different methods of operation in the process towards becoming plus clients.

The women were not comfortable with having to acquire the necessary technical competence. The few women who did obtain this knowledge already worked within the energy sector.

The ‘typical plus client’ was often described – both by the plus clients themselves and in the media – as a man with high income who is interested in technology and the environment.

"Must make room for qualitative methods"

"At the same time, the women took more responsibility when it came to changing energy habits in the home, such as to schedule the laundry for sunny days," says Standal.

"We saw that women typically took the main responsibility for the use of energy when it came to house work. These differences have to do with gender differences in education and norms."

She is of the opinion that when the EU so strongly encourages ‘gender mainstreaming’ as a strategy in order to include gender perspectives, it can easily become just another box on the application form to tick off for the researchers. This prevents us from understanding the deeper connections – such as why women choose to leave the solar cell matter to the men.

Neither are gender perspectives very popular in all the European countries.

But it can also be difficult to fit a deeper understanding of gender perspectives into the EU grant applications, or to get the research bureaucrats to understand why it is important. It requires that all involved parties have professional competence on gender structures in society.

In addition, Horizon 2020 projects are expected to deliver solutions that can be easily implemented. As a result, technical and financial perspectives are often prioritised. In a situation like this, it becomes easier to count women and men than try to understand the complex mechanisms that lie behind.

"Neither are gender perspectives very popular in all the European countries, and in Hungary researchers are not even allowed to carry out gender research anymore," says Standal.

According to her, part of the problem is that the EU still has a long way to go when it comes to making room for qualitative methods, and when it comes to the social sciences and humanities more generally.

"I often experience that qualitative perspectives do not quite fit into EU grant application forms and the EU’s research bureaucrats. But at least this is something they are aware of themselves, and something they want to remedy," she says.

The project SHAPE ENERGY (Social Sciences and Humanities for Advancing Policy in European Energy) went on from 2017 to 2019 and was funded by the EU’s research programme Horizon 2020.

The purpose of the project was to establish a European platform for energy related research within the social sciences and the humanities.

The platform is intended to contribute to better integration of the social sciences and the humanities in the EU’s development of energy policies.

Gender perspectives and how to implement these were part of the project. 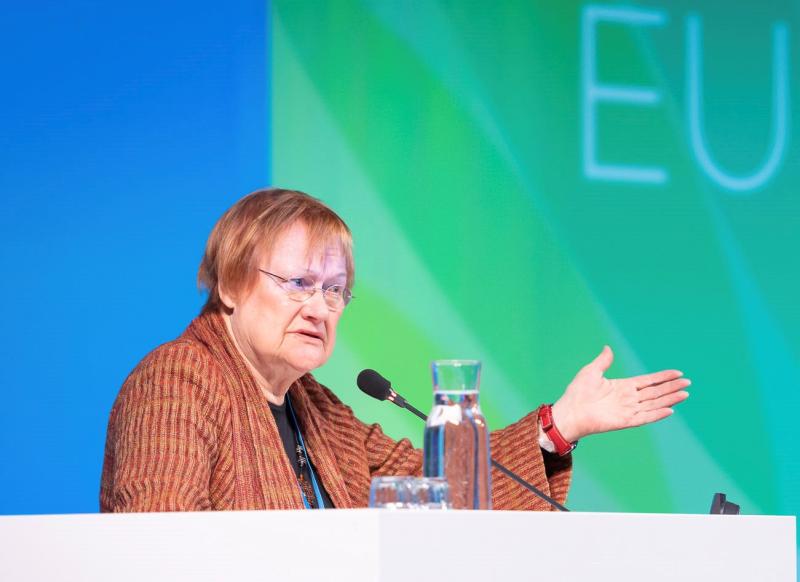 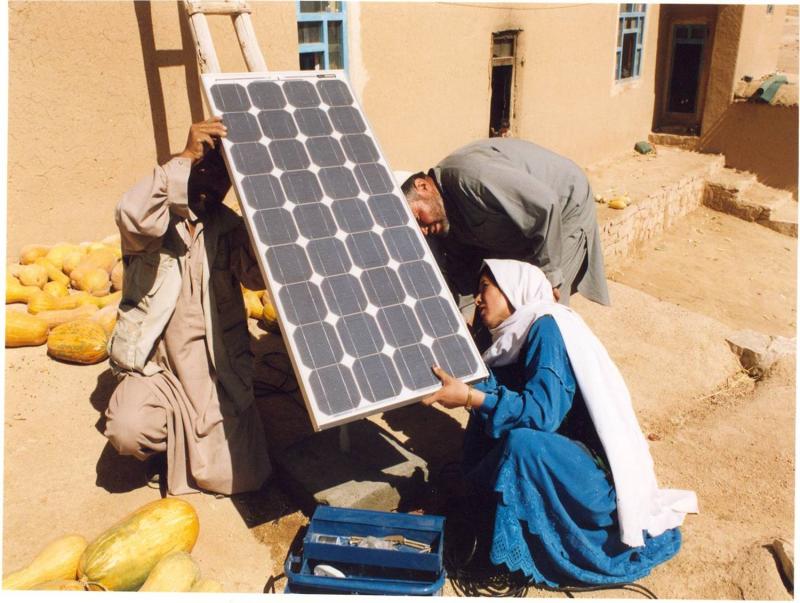 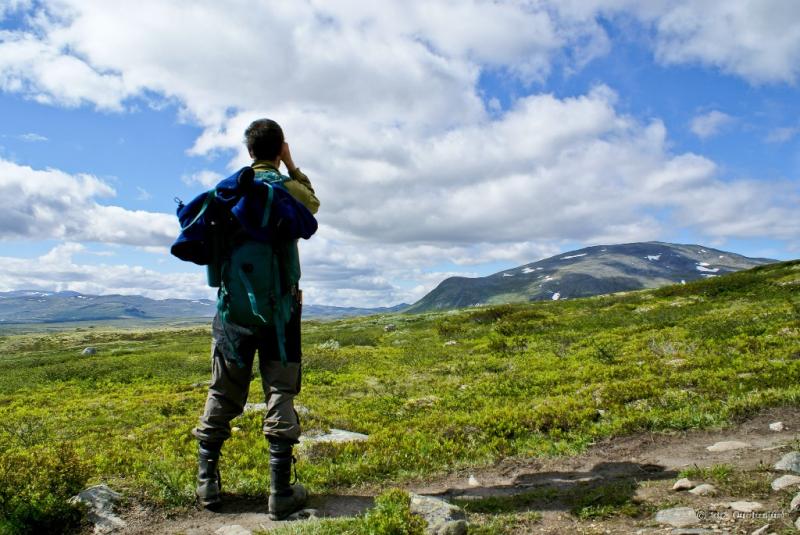